I apologise for the lack of posts on my blog of late but lack of internet service has been the primary reason. Both on the North Norfolk Coast and in the depths of Cornwall internet or mobile service just isn’t great but the upside to this is that if you are away on holiday you do feel you are away from it all. 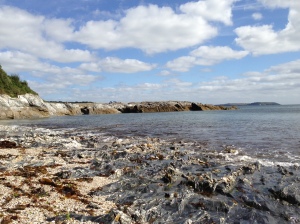 Our recent journey took us to Maenporth on the outskirts of Falmouth. We were camping at Pennance Mill Farm, tucked away in a valley with a trickling stream and only minutes away from a sandy beach surrounded by rocks.

We were in an ideal location for a spot of bass fishing but after a week of searching out the quarry we can only report that this year we blanked. However, we did find some great marks and also some great tackle shops on our journey. I was pointed in the direction of The Tackle Box, now run by Art Of Fishing who focus on bass fishing with light rods and a great selection of lures and soft baits. What I did find in Falmouth was a second-hand bookshop with a good selection of vintage fishing books of which I purchased those that related to Rock Fishing something I was going to be doing over the next few days.

On one outing to Helford we came across the Shipwrights Inn a fantastic pub nestled in the heart of Helford Village that served fine Cornish Ales and Tarquin’s Dry Gin, the first Cornish Gin I’ve been aware of. If you find yourself in Helford Village this Inn is a worth a visit. 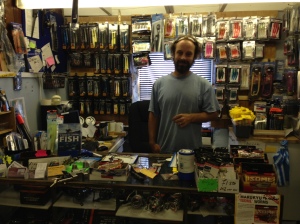 The most southerly tackle shop I found was on the Lizard, this being run by Phillip and aptly called The Last Stop. This gem of a find is tucked away in an out building of a farm-yard and had a more than adequate array of tackle that could more than answer the needs of the most discerning bass fisher.

Our visit to the Lizard was capped off by an evenings Whippet Racing in aid of the RNLI, this weekly event was amusing especially when you can enter your own mutt for a race at the end of the competitive stuff. 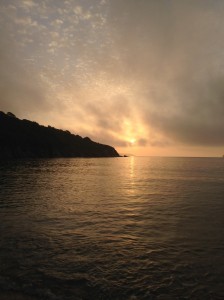 A couple of early starts of high spring tides resulted in no sightings or knocks by those predatory fish but we did manage to catch a fresh supply of sand eels that swam in the deep gully we found on one secluded beach. This beach was however frequented by those in the know, some deciding to sleep out overnight and catch both tides.

After a brief conversation with two fellow fishermen it was clear that the lack of mackerel off shore had an impact on the lack of bass around. Even with large numbers of sand eels visible there seemed to be few fish chasing them down. I did learn of one fisherman that managed to catch a 6.5lb bass of the point to the entrance of the large gully I had fished the day before.

I tackled up with a Dexters Wedge at the end of a trace of mackerel feathers but ended up resorting to changing the rig to much smaller feathers in order to catch a few sand eels to use as bait suspended over the rock on an Eva Float later, however this didn’t result in any takes. Simply, the fish weren’t there, well not where I was fishing.

Young Tales was having a ball as he was accompanied by a school friend on this holiday and her family were a delight to be around. We managed to get in some crab fishing down by the Pandora Inn and an early morning fishing excursion to Swanpool resulted in numerous small Pollock taken on Sabiki lures.

We will return again later in the year and maybe the bass will be inshore in greater numbers, who knows what we did take away with us were some treasured moments and memories that will last a lifetime.

We were back in Yellowstone Monday to do more exploring. Having never been to this part of the country we were more than happy to play tourist. So after a nice breakfast at the Trouthunter Lodge we were back on the road to the Park.

We started the day with a stroll around the Norris Geyser Basin (though we did stop at Gibbon Falls on the way). 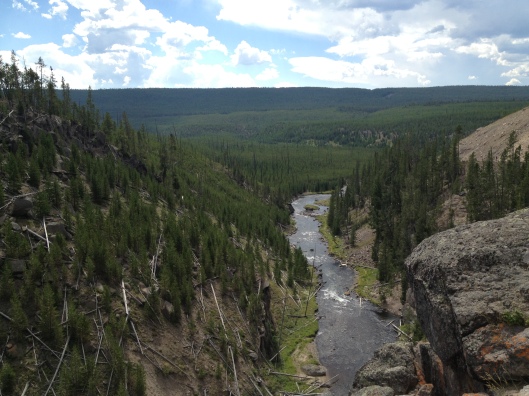 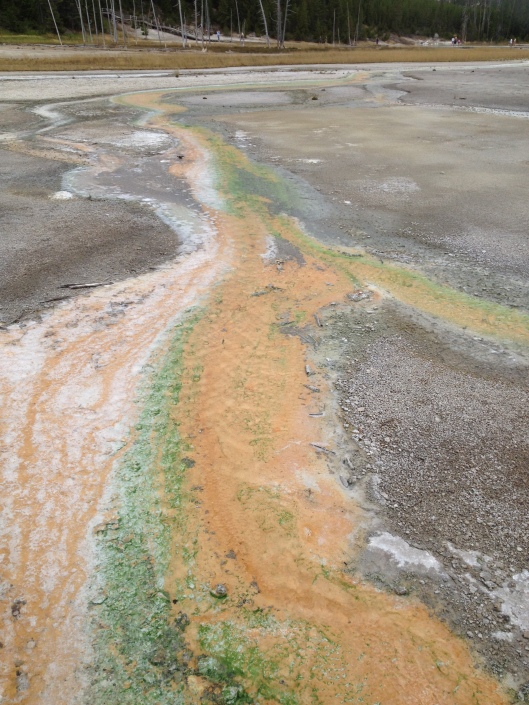 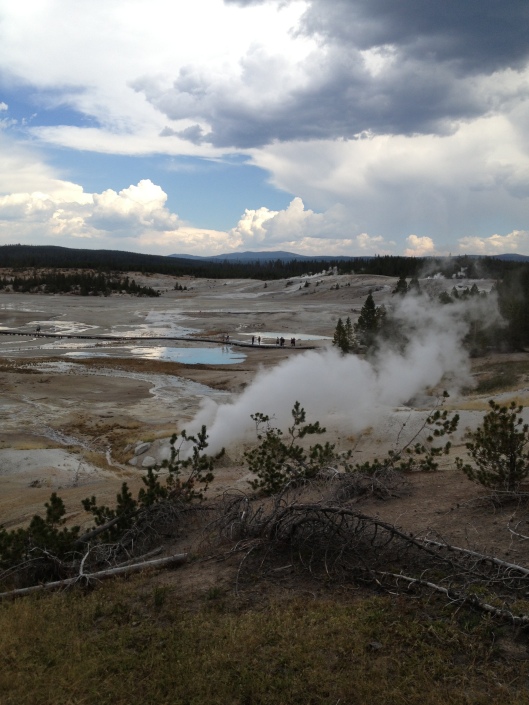 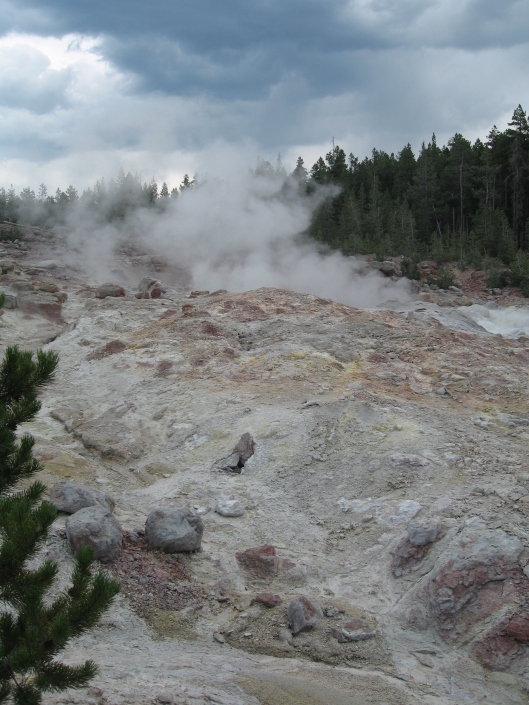 We didn’t hang around too long as we were a little “geysered” out from the day before (probably not good when in Yellowstone). We were really looking forward to the Grand Canyon of the Yellowstone so we made our way eastward toward Canyon.

The view of the Canyon and Lower Falls from Artist’s Point was spectacular. It truly was one of the most amazing sights on the trip – maybe even my favorite spot in the Park. I’m a sucker for canyons and…